I know...it's been an awfully long time since my last blog. I told you when I first started this endeavor that I would probably be the least consistent blogger in the ...well....universe....and apparently I am.

It's just that my life has been so full and busy. And, quite frankly, between Twitter, Facebook, texting and the actual phone itself, I've felt like all I do is update folks on the goings-on around here.
Here being HERE; 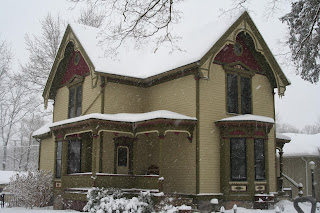 This picture is what our home looked like during the Polar Vortex.

Every time I heard or read that word, I felt like I was living in a sci-fi novel or show. I mean really Polar Vortex!?! A bit dramatic, don't you think?
Mind you, it was tragic for some and it was really, really cold.
Around here it looked like this; 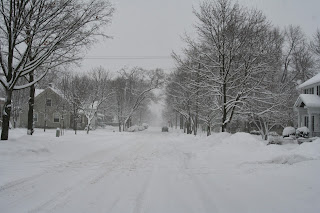 We were lucky. We only lost power briefly. We stayed warm and cozy inside through most of it. Except for the two times I had to drive kind of far away. The first time was a futile attempt to get to a recording studio about 40 minutes away. I got stuck in the snow...... twice. Thwarted completely on my last turn.Thanks goodness for the man who got out of his car and gave me a push.

My next drive was to the airport in Detroit to pick up my youngest son. That drive normally takes me about 45 minutes. TWO HOURS LATER... I arrived.

It was really scary. It was nighttime, about -20 out and the roads were all ice. Black ice. I think my maximum speed was 25 miles per hour on what is normally a 70 mile per hour highway. There were cars ploughed into the snow all over. Tow trucks pulling them out here and there.
Scary, scary stuff but I made it there and back with my son safely home.
I figure I am now officially and Ice Road Trucker. 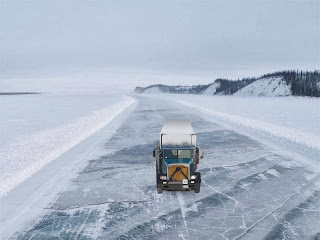 Here's the thing about this winter. At least from where I...um...sit...
It's the worst winter the US has seen in 20 years..BUT...I'm loving it because I know it will make spring that much more glorious. Then we'll have summer and then fall, which is breathtaking here and winter again. It fascinates and exhilarates me.

You see, I come from LA. Basically the weather is the same....ALL THE FREAKIN" TIME! It almost never changes. It's pretty but it gets boring. It really does. And the smog Oh my lord! If everyone in LA could spend one year living here, breathing this clean perfect air, they'd know the difference.
I don't know, now that I'm out of LA I'm noticing that more than just the weather changes, faces do too!
In LA many many people have the same face.
You know that face; the frozen forehead, skin stretched tight against freakishly plump cheeks. Teeny tine little noses. And those lips! You know what I mean, those overfull fishy looking lips.
Hey, I was totally guilty of it myself in the past. I did botox for a couple of years and even tried some filler here and there but, it just wasn't me.
Here's a perfect example of the difference;
Me at a premiere in LA a few years ago 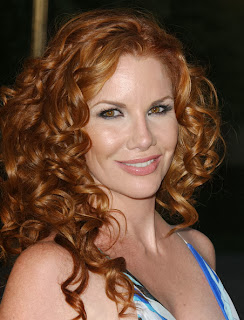 I kind of look like Carrot Top don't I?
Look at that waxy forehead! And my cheeks are too full. And I have no lines around my eyes! Mind you, I am all made up and fancy for this picture too and my dear friend Jeffrey did an amazing job on my make up. I mean it's not crazy unnatural but just..not..me. 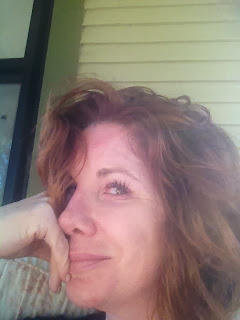 This picture was taken of me this past fall. First thing in the morning. No make-up. No botox. No fillers...no nuthin'! Now, isn't that better?
It certainly feels better.

Listen, I'm nearly 50 years old and I want to age gracefully.
Have you seen Jessica Lange lately? Oh my God! She is amazing. I watch American Horror Story:Coven and I am mesmerized by her. She is a brilliant actress but, she is also incredibly beautiful and looks absolutely age appropriate. SEE?: 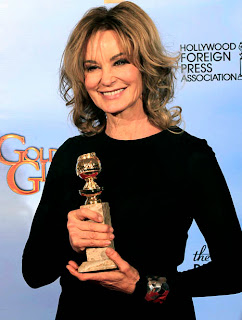 This was two years ago. I chose this photo because she is a bit animated. If you watch her on TV now you can see that she is all natural. Everything on her face moves. It's magnificent!

Now I don't know Jessica Lange personally...though I'd LOVE too...so I can't speak about her personal life or anything, but I can tell you that for me, the number one factor in looking healthy is happiness.

I have found true, real happiness here in my little town. My home is peaceful. My children are well. I'm madly in love with the most extraordinary man. I am content.

The biggest change in me, is that I am finally living a pain-free life.
You might have caught the National Enquirer's take on my condition a few weeks back. You might not, it doesn't matter.

I recently got a request to do an exclusive with one of those glossy tabloid magazines about all of this stuff and I said no.
I thought, why have someone filter my story when I have this platform to share my tale right here.

So here goes;
Since I was about 9 years old, I've had horrible migraines. Just awful, crippling headaches that, if I don't catch them in time, lay me up for days.

These migraines went untreated for decades. Just advil and the occasional stronger narcotic prescribed by a well-meaning Doctor.

I've also had neck issues. I am fused at C4-5. That was solved with the fusion though and didn't bother me a bit until 2012.
In 2012 I suffered two bad accidents that re-injured my neck and gave me two concussions.

My migraines went out of control then. No medication worked and I spent many hours in ERs with IVs and pain meds and steroids and benedryl and ice and heat and everything to make the headaches stop.
It was really torturous.

Then I found the Doctors and therapists at www.mhni.com

I have been in their care for the last several weeks. Here's what's wrong with me and how they are fixing it;
I have a genetic pre-disposition for migraines from my birth father's side of the family.
I also get menstrual migraines every month
Structurally there are bulging discs above and below the fused disc in my neck which are pinching the nerves and causing headaches.
I also have a wicked case of TMJ.

My treatment is multidisciplinary. I am on all new medications for the migraines. Preventative meds and rescue meds. None of them are opiates or narcotics. None of them cause rebound headaches and I take them exactly as recommended.
I get regular blocks in the occipital nerve in the back of my head which hurt a lot but give me nearly instant, long lasting relief.
I also get deep facet blocks in the nerves in my neck which are working but they are a work in progress, as my Dr finds the right nerves to inject and then eventually ablate.
In fact, I'm having a facet block this morning and my tummy is growling like crazy because I'm not allowed to eat before the sedation.

So there you have it. I am sharing this because so many on twitter have responded to the bits and pieces I can post there. So may people suffer from these awful, dark, debilitating headaches.

I cannot recommend MHNI more highly. They have saved me from chronic pain.

So, if you look at the pictures of me again, now you can really see. The first one is a false face. A woman hiding chronic pain under a lot of artifice.
The second picture is a happy woman who has emerged from decades of pain.

Blessing abound. Truly they do.


I leave with my dog Josephine next Monday to begin our book tour. 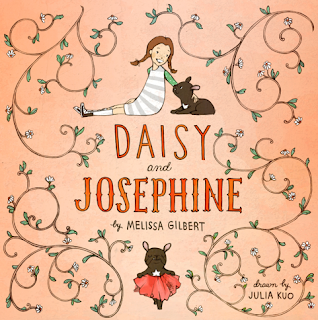 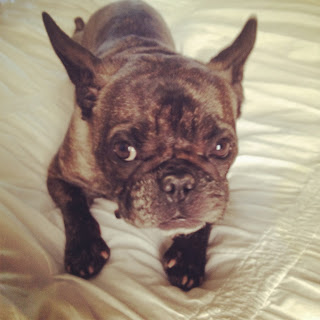 so if you watch, you'll see my face and hers on GMA and various other shows. We have signings in NY, LA, Ann Arbor and Detroit coming up. I'll post on Twitter as soon as I know dates and times.

And I will be beaming and happy because I have everything, love, health and peace.

I wish that for all of you too.


Posted by Melissa Gilbert at 4:46 AM